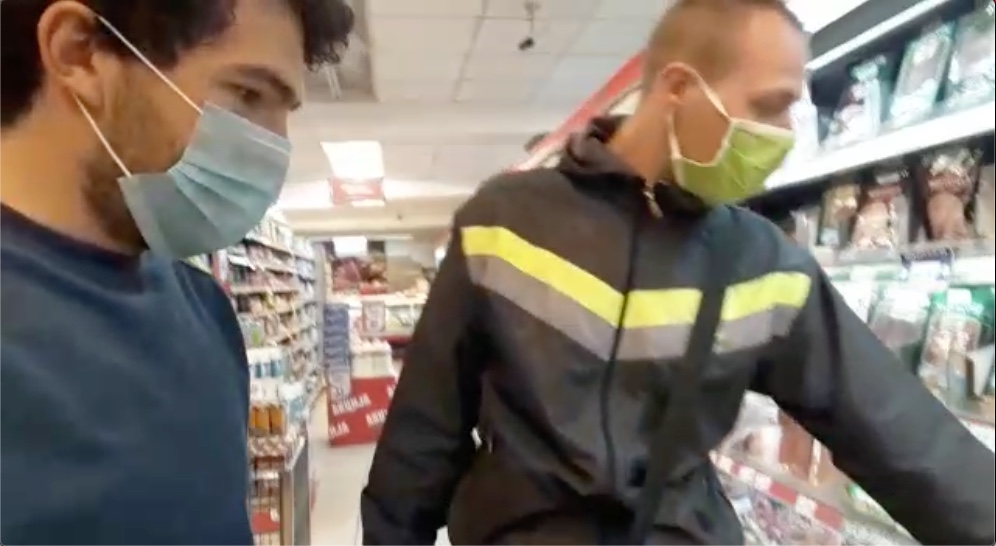 This is a new project we began to pilot during the 2020 pandemic with a friend of ours who lives in the nation's capital. He told us he was visiting and providing food for those who were either homeless or in very difficult circumstances in Skopje and found many situations where food was needed. As he was not working, he was unable to meet anything other than the very basic immediate needs so we suggested that we could help provide the finance to support his ambition to help.

During his first 2 days he met a refugee and 2 young ladies fleeing domestic abuse and, as Skopje was on a weekend curfew, was able to find accommodation at a friend’s house for them all with someone who he was also helping!

In the course of his walks around his neighbourhood and Skopje centre he come across homeless people, or those in very difficult situations. He mentioned people living in houses with no amenities, those sleeping rough, those recently released from prison, including young and more 'mature' people, refugees and those escaping domestic violence.

After completing the necessary due-diligence we were able donate to this project and felt very honoured to be part of the great work our friend was doing.

It would appear that the state provision for the homeless is far from adequate as it is reported that it is ‘run’ or ‘ruled’ by a hierarchy of people that live there who extort money from the other residents.

Ideally he would love there to be some sort of safe provision for the homeless in Skopje. Althought that may seem a way off, we discussed the use of small restaurants in the Old Town where he already has connections due to his tourism work, where he could try to negotiate lower prices for hot meals for these people.  At the time they were all closed due to the pandemic so he was seeing what he can sort out locally.

Our commitment is to see 100%* of the money received go directly to the people!